I have a number of open source projects and I do not really have a good release process. So I spend the arvo trying to figure out a good way to do it.

1. Setup the VCS Root to be authenticated

This is the assembly version, only change this for major releases, this will save people adding binding redirects when different projects rely on different versions 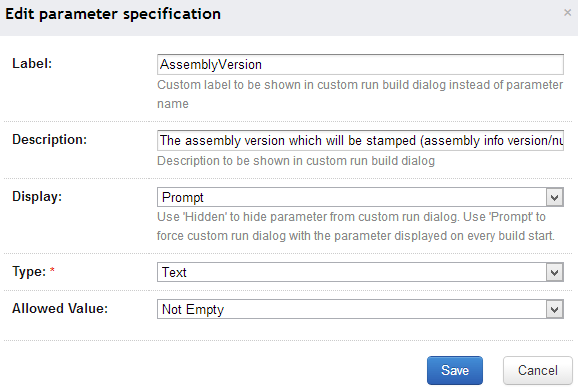 If you want the text version of the spec, it is

This is a checkbox, when ticked it’s value is -pre so we can just use it in the version 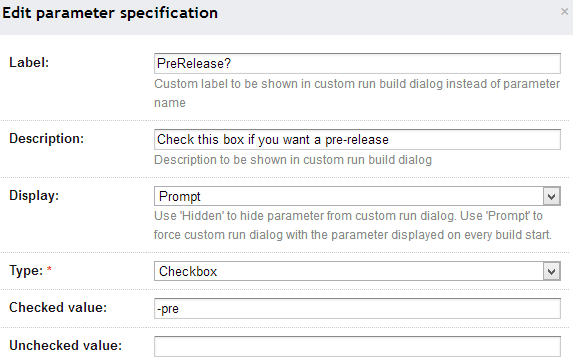 Once again the text version of the spec is 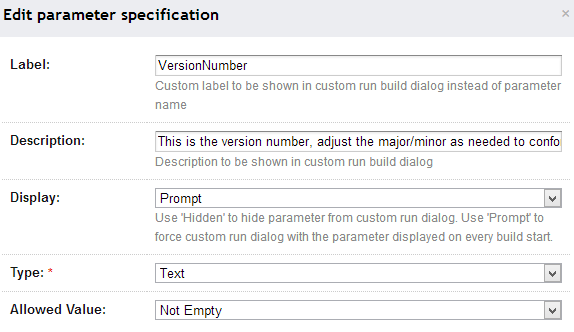 I am not sure if this is actually needed.

I always have a .proj file checked in for all of my projects which contain all logic to build the solution, I just have to tell teamcity what targets to invoke. If you want to view my build script, check out https://github.com/TestStack/ConventionTests/blob/master/ConventionTests.proj

The Test target builds and runs my unit tests, then the Publish Target builds the NuGet packages, step 2 of my TeamCity build is Publish to NuGet

We want to use two different versions from our config, remember from above we have 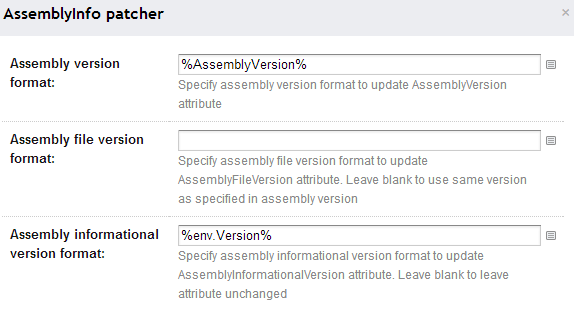 Finally go to the General Settings of your build, and update the build number format to be: %Version% and we set the build counter to 0

So now, we have to stick to SemVer, let us run through a scenario of releasing a minor release (new non-breaking feature) of TestStack.ConventionTests. The current release is v2.0.0. I first need to reset the build counter back to 0, if you don’t want to mess with the build counter, just change the VersionNumber variable to have a manually updated patch version. This actually is probably better because then the version numbers are more predictable.

Specify the release notes for this release 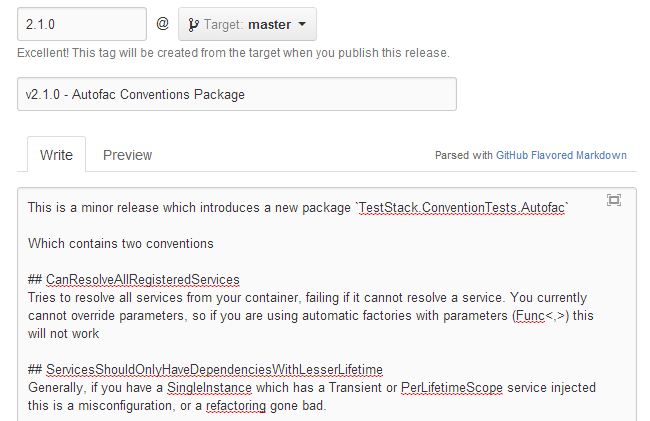 Do not have the Publish Release box ticked, otherwise GitHub will create the tag for you.

I click Run in TeamCity, and I will be prompted to confirm everything 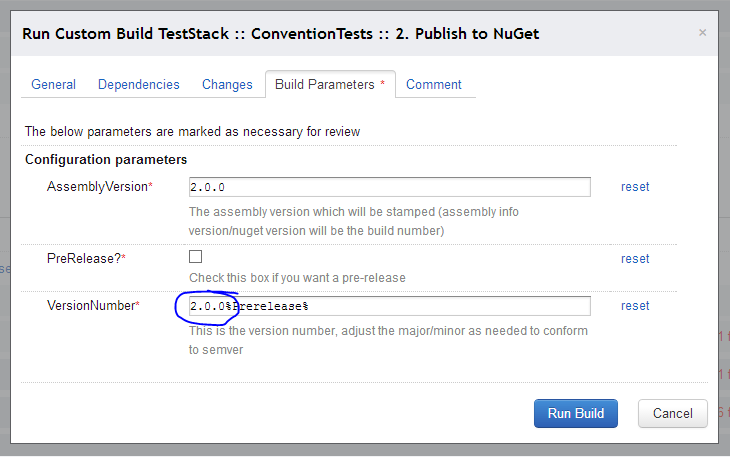 Because this is a minor release, I increment the minor version number

Now hit run, this will publish to NuGet and create the tag in Git. The final step is to go back to GitHub and publish the release (this is not done automatically, and I’m sure it could be automated through the GitHub API).